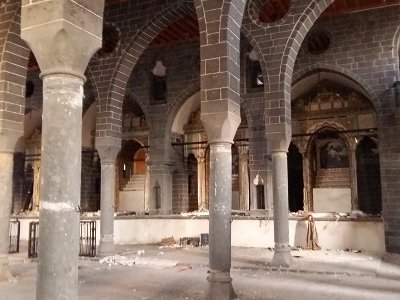 The Armenian Church of St. Kirakos (Surb Kirakos) in the historical district of Sur of Diyarbekir city (Turkey) will be restored again.

According to the Turkish Sabah edition, the head of the regional office of the General Directorate of Turkish Foundations on the eve announced that work on the restoration of the Armenian church in Diyarbekir would soon be completed.

He also noted that the local community was unable to restore the church by its own means, and the costs were assumed by the regional administration.

Surb Kirakos Church in Diyarbakir is the largest Armenian church in the Middle East. For years, it was abandoned. In 2011, thanks to donations from the Armenian diaspora from different countries (about $ 700,000), the church was restored and reopened to the parishioners. The temple was destroyed again during clashes between Turkish government forces and Kurdish rebels in 2015.