One of the rarest coins in the world dating back to 723AD goes on sale for £1.6MILLION 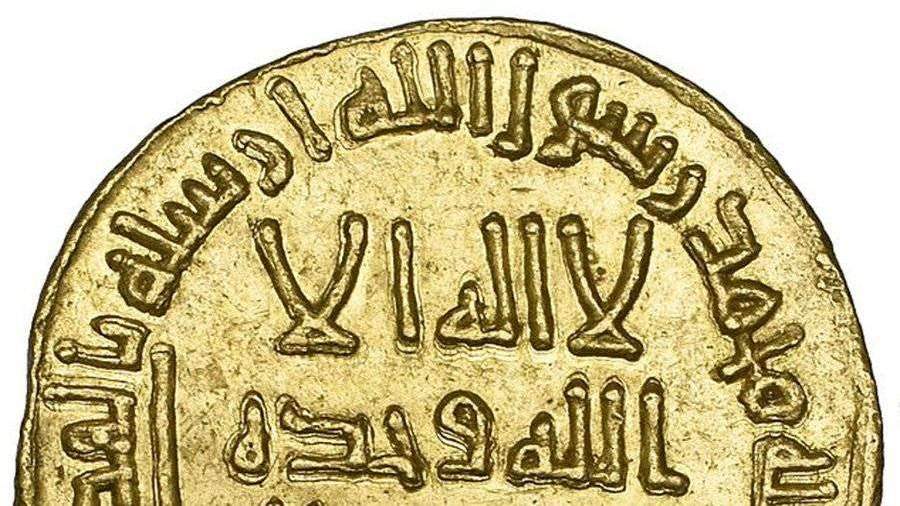 One of the rarest coins in the world is set to sell at auction for an incredible £1.6million.

The Umayyad gold dinar dates back to 723AD and was made from gold mined at a location owned by the Caliph - one of the successors to the Prophet Muhammad.

It carries a number of Islamic inscriptions and measures roughly the same size as a modern-day British £1 coin.

The piece is set to sell with auctioneers Morton & Eden in London who have given it their highest ever pre-sale estimate of between £1.4 and £1.6million.

The text on the coin translates as 'Mine of the Commander of the Faithful.'.

It is believed the mine is located between the Holy Cities of Makka and al-Madina, in the west of present day Saudi Arabia.

Prior to the mine being owned by the Caliph, the previous owner had acquired the land directly from the Prophet Muhammad adding further importance to the coin.

Only about a dozen of these coins are known today, and almost all are now held in private collections or major international museums.

This is only the second example ever to be offered at public auction.

Stephen Lloyd, an Islamic coin specialist with the auction house, said: 'This coin is fabulous. Not only is it beautifully preserved and an astonishing rarity but it is also an important historical document.

'Scholars have identified the site of the mine itself as Ma'din Bani Sulaim, located north-west of the Holy City of Mecca.

'Gold has been mined in this region for thousands of years, and the site is still worked today.'

The sale takes place on October 24.