In separate regions short-term rain and thunderstorm is predicted

North-eastern wind speed is 3-8 m/s during the thunderstorm wind speed may reach up to 20-25 m/s. 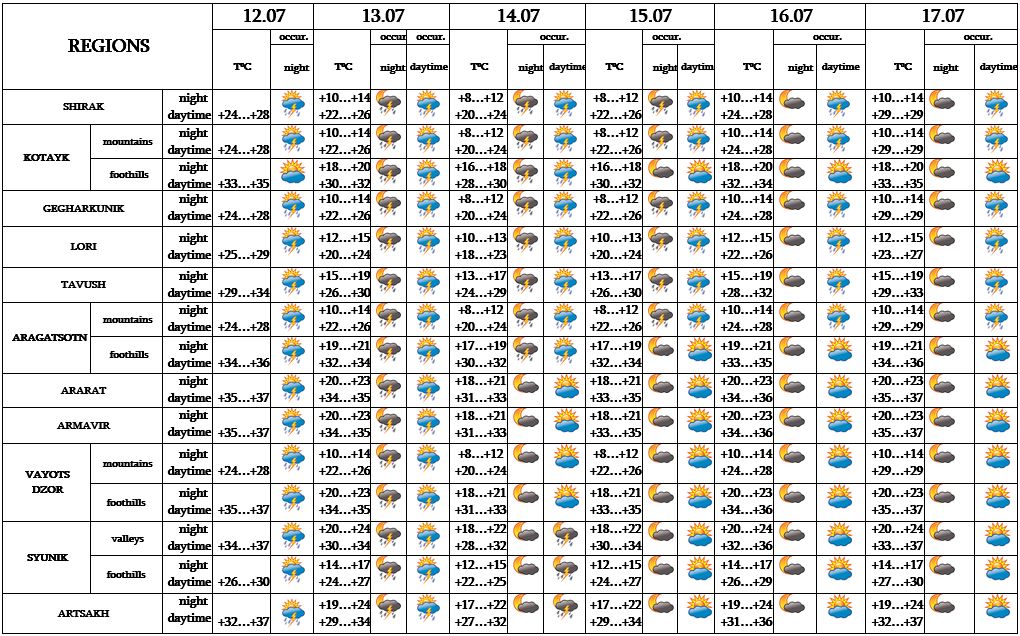 After the daytime on July 13-14 in separate parts of the city short-term rain and thunderstorm is predicted. On July 15-17 no precipitation is predicted.

Тhe air temperature will gradually go up by 3-4 degrees