Pretty Woman, the film that launched Julia Roberts’ career as an international Hollywood megastar, will celebrate its 30 anniversary in March.

And Roberts proved she had barely aged a day since Pretty Woman as she dazzled in a new campaign photoshoot for Italian fashion brand, Calzedonia. 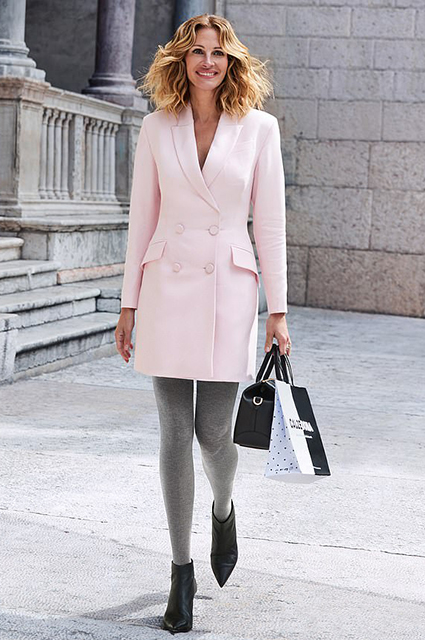 The Oscar-winner, 51, who won fans all over the world for her portrayal of free-spirited Hollywood prostitute Vivian Ward, showcased her toned legs in a pastel pink tailored blazer dress in the smoldering shots.

Paying tribute to the iconic film, the tailored blazer dress was a modern take on the white shirt dress “Vivian” memorably donned at a luxury boutique. 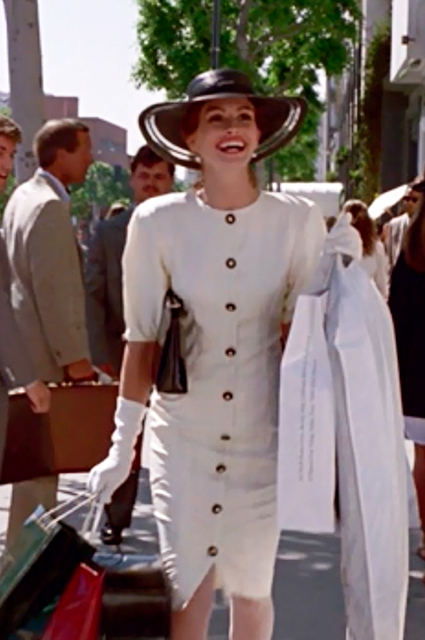 Recreating the legendary scene, Julia carried lavish bags from the designer as she strolled down the street while the photographer snapped.

Julia’s portrayal of Vivian, a prostitute that is hired by Richard Gere’s character Edward Lewis—with the characters falling in love—earned her a Best Actress Oscar nomination and catapulted her into the Hollywood A-list. 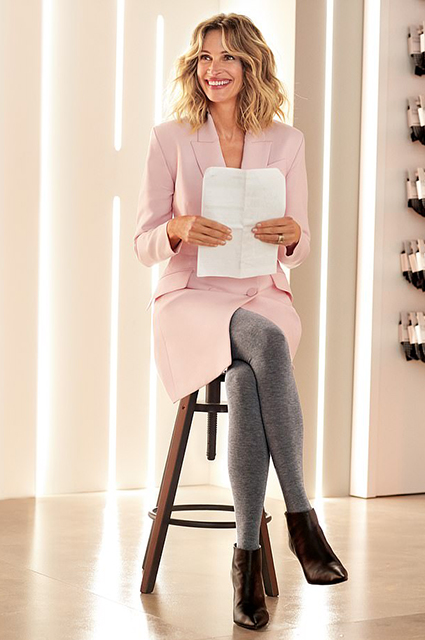 Speaking with The Guardian, she said dynamics of the Pretty Woman storyline—a business magnate falling in love with a prostitute he hired—might not resonate as well 29 years after its March 1990 release.

“I don’t really think you could make that movie now, right?” Roberts said. “So many things you could poke a hole in, but I don’t think it takes away from people being able to enjoy it.”