Little Armenia in the heart of big Argentina

Most of the Argentine Armenians are the descendants of the survivors of the 1915 Genocide. Armenians live mostly in the capital of Buenos Aires, as well as in Cordoba, Mar del Plata, Berisso and Rosario.

The Armenian quarter in the Argentine capital, formed at the beginning of the 20th century, is located in the Palermo district to the west of the city center, its locals call it “little Armenia.”

RUSARMINFO has compiled a selection of the most significant Armenian places in Argentina. 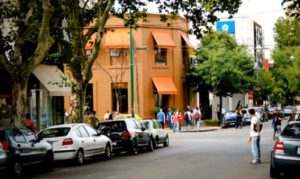 Armenia street appeared in Buenos Aires in 1984. In the Palermo district, Armenia street is the epicenter of Armenian life. Here are the main Armenian cathedral, schools, concert halls, workshops, shops and restaurants located.

The descendants of the first emigrants live in this part of the region. Visiting the street, you can get to the Armenian festival with dancing, watch a performance in the Armenian theater (“Sala Siranush”) or go to culinary courses in Armenian cuisine. 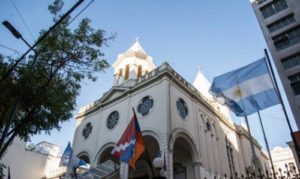 Home Armenian Church - The Cathedral of Gregory the Illuminator (Catedral de San Gregorio el Iluminador), built in the traditional Armenian architectural style, is located on Armenian Street. It was built in 1932. Prior to this, for Armenians who emigrated to the capital of Argentina, the service was held in private premises. Near the church is a memorial to the victims of the Armenian Genocide. The Armenian Church of St. Gregory the Illuminator in Buenos Aires is included in the official guide of the Argentine capital. 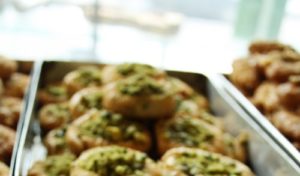 Near the Armenian street is the first Armenian bakery of Buenos Aires - “Panadería y Confitería Armenia”, which was opened in 1930 by Armenian immigrants. Since these times, little has changed in the institution: traditional Lamajos and Boreks, various types of baking - from ghats to baklava, are still offered to visitors here. 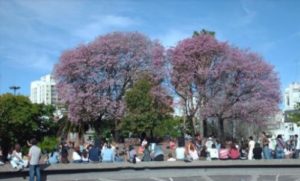 The square, located in the center of Palermo, in 2014 was renamed “Plaza Inmigrantes de Armenia” - in honor of Armenian immigrants. Next to it is the eponymous park. Argentines themselves are generally referred to as the area of ​​Armenia. 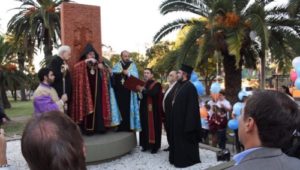 About 5 thousand Armenians live in the city of Cordova north-west of the Argentine capital. In 2017, an Armenian khachkar was installed on the town square on the initiative of Argentinean Armenian Christian Merdinyan. Representatives of the Armenian community of the city and local authorities took part in the ceremony of consecrating the khachkar in memory of the victims of the Genocide.

Тhe air temperature will gradually go up by 3-4 degrees