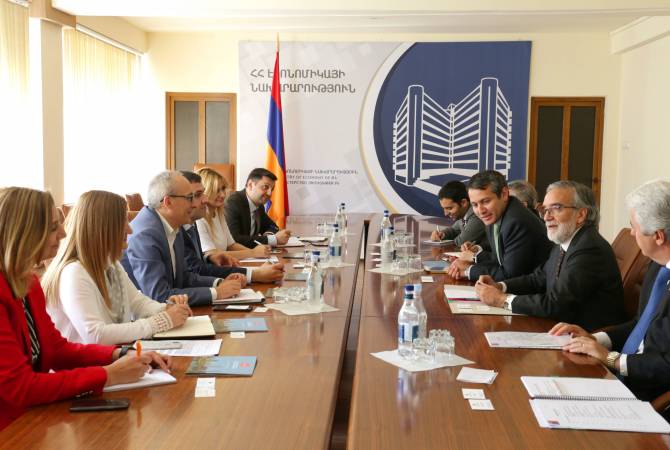 Deputy minister Varos Simonyan welcomed the official in Armenia and stated that this meeting is a wonderful opportunity to discuss the bilateral economic cooperation.

Rodrigo Yáñez informed that his delegation includes both state officials and private sector representatives. He noted that the cooperation of Chile and Armenia can be significant in the context that the two countries are a unique hub to other major foreign markets. He was interested in considering the opportunity to export Armenian goods to Chile, adding that his country is interested in revealing cooperation opportunities with the EAEU states.

Varos Simonyan provided information about the free trade agreements with the Eurasian Economic Union and the third countries. He also introduced the partnership framework with the EU, in particular within the frames of the Comprehensive and Enhanced Partnership Agreement.

The officials discussed the upcoming visit of Chile’s delegation to Armenia.

Rodrigo Yáñez thanked the Armenian side for the readiness to effective cooperation.

PM participates in 'What to do-2: economic revolution' conference (live)